Dried grape growers will this month vote on whether to introduce a biosecurity levy that would ensure the industry is prepared for an emergency pest or disease outbreak.

The statutory levy, proposed by Dried Fruits Australia (DFA), would be passed on to Plant Health Australia and used in the event of an incursion and for ongoing biosecurity surveillance and management.

DFA chairman Mark King said a pest or disease outbreak would have serious implications for Australian dried grape production and affect all 400 growers.

“Biosecurity issues haven’t had a big impact on dried grapes in the past,” Mr King said.

“However, several recent threats to Australia’s biosecurity could have severely affected the industry, devastating crops and having a huge economic impact.

“The probability of an emergency outbreak is growing exponentially each year as global trade increases and diseases spread.

“Also, because we’re in an inland temperate zone and an array of horticultural products are grown in the region, there is an increased risk of incursions from pests and diseases that have a wide range of host plants.”

Mr King said the levy would be set at $1 per tonne and aim to raise approximately $17,000 per annum.

“This is only a small amount in relation to the costs associated with emergency pest plant management, but it is crucial to building a reserve for the protection of our industry,” he said.

Voting packs have been mailed out to growers, and voting closes at 5pm on Friday 23 August. 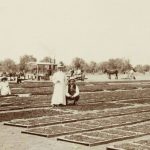